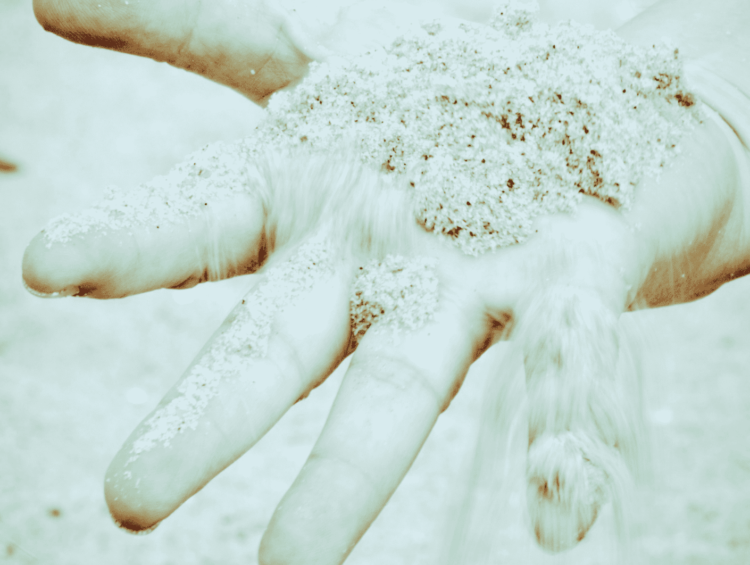 “Sandra Glace, your presence is requested at our yearly skills boot camp for juniors. Your subject is Mathew Hun, and he never remembers his dreams or nightmares. Your assignment is to make him remember a number from any dream, or nightmare, that you may give him. You will be summoned to your assignment; its completion is mandatory.”

She was a sandwoman for the love of Gods, how hard could it be to induce dreams and nightmares? Did it have to be so early in the morning, though? She didn’t need to sleep, at all, but she liked her quiet mornings to herself. Unfortunately, it was time to face the music, and that training thing, whatever it was.

Summoned to the subject’s apartment, she looked through the window and recognized the neighborhood. It was just two blocks from her own apartment and she’d ended up in what looked like an extremely well-decorated bachelor’s pad.

“A number…okay. I can do that. Easy peasy!” Sandy said to herself, trying to calm her nerves since she had never done anything remotely similar to that before.

Stepping into his bedroom, she saw that he was in a restless sleep so she dug inside her pouch bag and dropped a sprinkle of sand across his eyelids. Closing her eyes, she let herself be pulled into his dreams.

It was a huge ballroom with mirrors on every wall and a high ceiling with crystal chandeliers and accents in gold and red. Around the room she could see chaise-lounges, high tables with bar stools, pillows, cushions, a huge four-poster bed, and to her right, against one of the walls, stood a huge man looking straight at her.

He had black tousled hair almost reaching his shoulders, a strong jaw, black eyes that sparkled with a mix of mischief and curiosity, and a roguish smile that made her blush and avert her eyes, trying to escape his intense stare.

That’s when she noticed that he was completely naked and that his strong arms and big hands were pushing a head, full of long blond curls, against his crotch. She saw his muscles bunch as if he was trying to regain control while he released one of his hands and extended it to her, urging her to move closer.

Granted that she was a junior and this was her first sexual dream but she never thought that she would be so turned on by it. It was like a thread connected her with that burly man, straight from her heart to that amazing abs lightly covered with black hair.

Feeling herself drifting towards them, she noticed in one of the mirrors that the person on his knees was her subject and that all three of them were totally naked.

Turning her attention back to the man being thoroughly sucked, she witnessed his muscles contract and she knew he was close to the edge. She licked her lips and that’s when he came, hard, holding the other man’s head and looking straight at her.

“This is a dream,” she whispered to herself.

“Yes, it is. Come here, beautiful! Let me taste you,” he whispered back, want marking his gravelly voice.

She stepped closer and, only then, Mathew, the man kneeling on the floor, stopped his ministrations, and, licking his lips, stood a little to the side, assessing her with interest.

He pulled her against his chiseled chest, kissing her like it was something that they did everyday. She felt his hands release her golden locks from the ponytail and pressed her soft, round body against his defined, hot one, his cock, still hard, pressed between them.

Her head started spinning, even behind her closed eyelids, and recognition filled every cell of her body.

Holding his head between her hands, she broke the kiss and looked into his mesmerizing eyes, a shiver rocking her body. Suddenly, all the half-smiles and easiness were put aside and she felt their bodies vibrating as one. They both sucked it a breath, but she spoke first.

“You are a succubus. This dream is yours.” It was an affirmation but she voiced it as a question.

“I am…I am Cynthos, but you can call me Cyn. This is my dream to command and you are the only one to whom I will relinquish my control over,” he answered. “I only heard about fated mates between our kind in fairytales, but you just made a believer out of me,” he added, kissing her with all his possessiveness.

She started feeling feverish and out of breath when she sensed two calloused hands pushing her legs open, she broke the kiss the second she felt someone kissing the inside of her legs from the knee up.

“What in the God’s name…” she started questioning when she saw his devil-may-care attitude and looked down, seeing that Mathew was still on the floor, having positioned himself between both of their legs now, he was alternating between licking Cyn’s balls and moving up her leg to her slit.

“It seems that I was not the only one that wanted to taste you,” he said with a self-satisfied smirk.

Cynthos grabbed Mathew’s head and pulled him away from Sandy’s body, protectiveness and possessiveness in his eyes. “Pay attention, human. You can help me pleasure her with your mouth and hands if she allows you to do so, but she is mine. Mine!” He sounded determined as he kept a firm grip on his locks until he looked convinced that Mathew understood.

He lifted her up and carried her to the emperor-size bed in the middle of the room. Carefully, he lay her there and  went back to gently kissing up her neck and her lips

She gasped against him, and he hummed as he entered her mouth, tasting her tongue and nibbling her bottom lip. He began to kiss down her neck again, towards her nipples that had already tensed up against his big, firm hands. Cyn stopped to order Mathew to lay on his back and positioned her on all fours, facing Mathew’s cock.

The sensation of two mouths, two breaths warming her skin, biting, licking, and sucking was giving her goosebumps. She felt Mathew’s velvety tongue circling her clit and prying open her folds, he pulled her clit between his teeth and lips while Cyn propped himself on his knees behind her and sank into her heat in a single motion while circling her back hole with his thumb. She groaned and forced herself to open her eyes again, locking eyes with Cyn in the mirror. Keeping Cyn in her sights, she started to lick and suck Mathew.

Each orgasm pushed the climax of the other until the three of them were lost in their shared pleasure. She felt with absolute certainty it was the first of their many experiences.

Leaving the building, she looked up and saw Cynthos standing on the fire escape, waiting, looking straight at her, clearly trying to assess her mood. His expression was a mix of anxiety and excitement, and she felt her core warm and her heart rate speed up.

“How was the assessment?”he asked, carefully.

“I got a perfect score.” She smirked.

“Really?” he asked, arching his left eyebrow and sounding curious. “What number did he remember from our little encounter?” 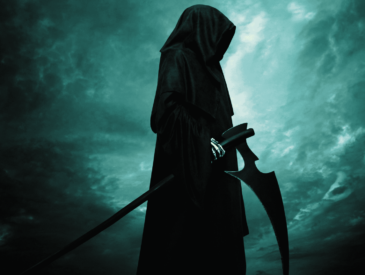